When public culture is at its healthiest it’s a noisy, tension filled affair. We get the word “agony” from this kind of political culture.  An “agonistic” culture is one in which contestation, debate, and spirited conversations among citizens 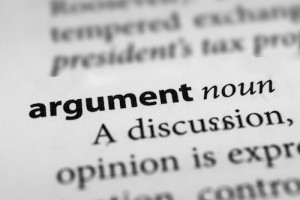 are standard operating procedure.  Being civil to one another does not mean being “nice.” Politics, after all, is a public argument.  The question is not, “Do we have an argument?”  The question is, “Which arguments should we have and how do have them?”

It’s not the rules of what we say to one another that create civility but the kind of culture we create shaped by the institutions we build that engender conversation, argument and a sense of obligation to something larger than ourselves.

Participation in institutions capable of teaching and learning democratic skills – when they step up to the mission – are the lifeblood of civil behavior.  The parish, the synagogue, the mosque, the Rotary Club, a free independent press, the public school, the Legion Hall, the union hall, the block club, the neighborhood association, the family dinner table.

It’s in these sometimes “pre-political” settings where most of us learned, imperfectly, how to deal with the interests of others–where we learned how to navigate towards a common goal among differing people, how to speak and be heard, how to listen, how to argue, how to make our way into the world.

Our civil skills wane with predictable results when participation dwindles a core mission is lost.  Worse still if those institutions are destructive, deformed, exclusive, mean-spirited, then we learn a different kind of engagement and politics.

Politics is our access road to power.  It’s the way we gain standing in our community to be heard.  If citizens engage in non-partisan politics they fundamentally are engaged in a conversation with one another about their shared community.  If they have never been taught how to have that conversation then their attempt at politics is stunted, awkward, ineffectual or just plain mean.

People, instead, isolate and segregate themselves and lash out at large public policy decisions (health care reform, Supreme Court decisions, government bail outs etc. etc.)  When we feel our interests are threatened we go to the legislative meeting or the public hearing and explode.  Is anything more tragically symbolic of our barren public culture than an adult having the equivalent of a temper tantrum in public?

We act that way when we see no other option or lack the skills to create an alternative. When we don’t know where else to turn.  When we’re de-skilled as citizens.  When we’re powerless.  People shout, throw tantrums, bully, bluster, abuse one another.

So it’s not the practices of civility we need–using a calm voice, no name-calling, being nice, etc.  It’s democratic practices that create a healthy public culture.  It’s democratic institutions stepping up to their calling.  This is what IAF organizations across the country are all about.  Teaching and learning the habits and practices of active citizenship:

It’s a long, slow difficult road with no certain outcome.  But our current path is certain to wreak more havoc on our democratic republic and make rekindling civic spirit and any semblance of civility that much harder.